How to get Smoke Smell Out of Hat 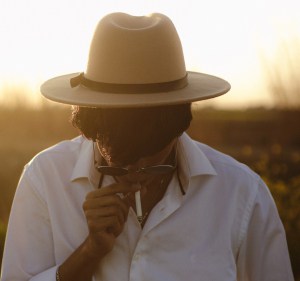 Like with all attire, smoke can easily seep into hats, be it cigarette smoke or after a night spent by the campfire. Regardless of whether your hat caught the smoke scent from some smoking strangers in a bar or elsewhere, it ended up smelling like an ashtray.

Either way, there are many ways to get the smoke smell out of your hat. Some require a washing machine, and some don’t. Let’s see what they are.

Before you opt for any solution, check the specifics of the hat and its material, which are usually written on the label. The most important thing here is to ensure that the hat is machine-washable.

With that out of the way, it’s time to look at the detergent. While any product might do the trick, using a good detergent, specifically made for removing odors, as well as laundry detergent boosters, will go a long way toward your hat smelling as good as new. Having said that, all our other tips are based on using such odor-removing products.

You should preferably use hot water to get the smell out of your hat, but, as we said, it depends on the material and what the clothing label says, so be careful.

Vinegar is always your friend in battling smoke odors. Add a cup of white vinegar with the laundry, or in this case, the hat, and run a single cycle.

Baking soda is another universal helper in the battle against smoke. Add one cup after the cycle has started. It’s preferable not to use vinegar and soda together.

Freshly squeezed lemon juice can also be an unexpected ally. Take one to three lemons and squeeze them into a cup, and add the juice into the washing machine when it begins its first cycle.

The last helper on this list is alcohol because it is also good at removing unwanted odor. The best thing to do is to buy an inexpensive bottle of vodka or some other clear liquor and pour half a cup into your washing machine. Do everything else as you do it regularly.

It’s advised that you don’t use these solutions in unison with a detergent. While they won’t be as effective on their own, you can always wash your hat with a detergent afterward.

The absolutely last thing is to take your hat to the dry cleaner. They’re professionals, and they’ll know what to do. Just tell them your problem, that your hat smells of smoke, and they’ll find the right solution.

How to Get Smoke Smell Out of Hat Without Washing It

Speaking of, using a washing machine can be effective but also very aggressive in getting smoke smell or campfire smoke smell out of your hat. Hats are especially fragile, and there are specific ways in which they should be washed. In the end, you may not want to risk it. Perhaps, you may be in a situation where a washing machine or a dry cleaner is not an option.

So, here are some ways you can get the smoke smell out of your hat without having to wash it.

Air Your Hat Out

One of the best (and easiest) ways to lose the smoke odor from your hat is to air it out. Actually, whatever you do, this should be your first step before washing or using sprays. Just leave your hat outside or in a place that’s properly ventilated and preferably has a breeze.

The sun can also help. Leaving your hat in natural sunlight for 5-6 hours is a complete natural deodorizer. But, depending on the material, you run the risk of discoloration. If the hat is made of leather, it can dry easily.

There are no concise rules about how long you should leave your hat to air it out. Sometimes it may take a few hours, but sometimes up to a few days. Just check the smell, and you will know.

Baking soda has many uses, and one of them is to eliminate odors. There are a lot of different ways to use baking soda to get the smoke out of your hat, but these two are the most effective.

You can sprinkle baking soda on your hat and spread it all over it. Leave it like that for 20-30 minutes, and let the soda do the work. After that, just shake it out of the hat. 20-30 minutes is the minimum, but you can leave it for the whole night if you want to.

You can also put your hat in a bigger plastic bag, which you fill with baking soda. Shake the bag with the hat inside it for about 2 minutes, so the soda gets in every nook and cranny. Again, the time period is not fixed. After that, you can leave it for 30 minutes or for a whole day. When you open the plastic bag, just shake the baking soda out of your hat.

If you are worried about the material and you don’t want to apply soda directly to your hat, there’s another trick. Fill a paper or a plastic bag with soda, and leave it in or next to your hat. Obviously, leave it as long as you can because the effect now is indirect. One to two days should be enough for the soda to completely absorb the smell of smoke.

Steam is yet another option to get the smell of smoke out of your hat. However, before you use it on your hat, check the label for whether it’s safe to steam-clean that specific material.

Absorb the Smoke Smell From your Hat

Absorbing the smoke from your hat is another thing you can do. There are many ways to do that, such as leaving a bag full of baking soda near the article.

Another thing is putting a repository of cat litter near the hat. One of its main functions is to absorb powerful smells and will surely work with the smoke odor. The hat should stay near the litter for a few days to have a proper effect. Also, it’s a good idea to change the litter with a fresh one from day to day.

Charcoal is another good idea. Many people don’t know that it’s spectacular at absorbing smoke and smells. Put charcoal in a bowl and set the bowl near the hat, leaving them together for 2-3 days. The best part is that charcoal is cheap and easy to get.

Speaking of cheap, wrapping your hat in a newspaper and leaving it like that for 2-3 days is also a good idea. Due to its being porous, newspaper material is great at absorbing smells. Also, it’s a good idea to wrap the hat in a few layers of newspaper. After several days — like with the litter — change the newspaper for a better effect. 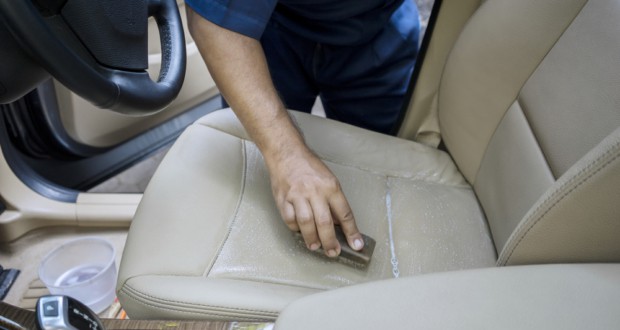